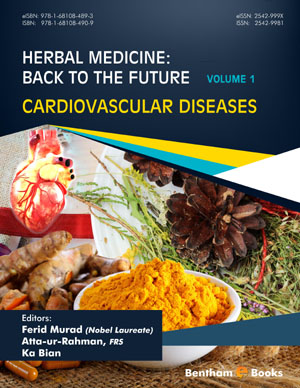 Medicinal plants and their therapeutically active secondary metabolites have been functioning as prolific remedial resource from ancient times and among diverse range of chemical entities of ethno-medico-botanicals, bioactive potential of alkaloids are immense. The alkaloids, reported approximately from 20% of plant species, represent a diverse group of low molecular weight nitrogen-containing heterocyclic natural products, derived mostly from amino acids via transamination. In-depth experimental understanding of the metabolic regulation of the key metabolites is cynosure of modern herbal drug research. In this review we have streamlined both traditional and experimental knowledge elucidating utility aspects of plant based alkaloids as a curative tool to alleviate cardiovascular disorder which is the major cause of mortality and morbidity throughout the globe. Cardio-protection through plants and plant based formulations are reported in traditional medicines of many countries and present day research has demonstrated the role of alkaloids as anti-hypertensive, hypno-analgesic, anti-angiogenic, anti-ischemic, anti-depressant and vesorelaxant which have possibly attributed to their cardioprotective efficacy. In some cases antioxidative, antihypercholesteroemic, inhibition of platelet aggregation and anti-inflammatory activities of alkaloids have also reduced the risk of cardiovascular disorders. The cardioprotective drugs of plant origin in present day medical practice includes several alkaloids like tetrandrine and fangchinoline from members of genus Stephania; berberine from S. japonica and S. cepharantha; dauricine and daurisoline from Menispermum duricum; rhynchophylline and hirsutine from Uncaria rhynchophylla, reserpine, ajmaline, ajmalicine, yohimbine, serpentine from Ravolfia serpentina; dehydroevodiamine from Evodiae rutaecarpa, α-tomatine, and tomatidine from tomatoes etc. These alkaloids exhibit a wide array of mechanisms including in vivo vasodilation by lowering blood pressure or prolonging A-H and H-V intervals to widen ventricular action potentials. Among other significant mechanisms, there is alteration of calcium influx in response to activation of the voltage sensitive channels or negative inotropic actions, preferably due to interaction with sodium channels. Therefore, the present review is the summarized database of plant alkaloids investigated exclusively as a resource of cardio-protective therapeutics in both in vitro and in vivo models with the possible underlying mechanism of action with a note on their ethnopharmacological relevance and a glimpse on their structure activity relationship studies.