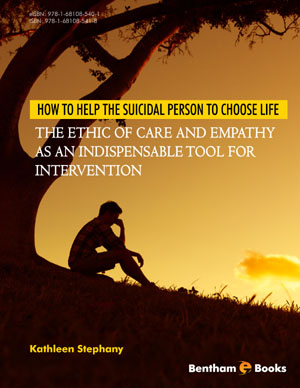 Chapter three pointed out that there is a significant connection between suicide and a diagnosis of mental illness and/or addictions. In fact the risk of suicide in people who are suffering from a mental disorder is five to 15 times higher than for people without a co-existing mental disorder. The degree of suicide risk associated with some specific diagnoses was presented first, followed by strategies to address early diagnosis and treatment. We are made aware of the fact that the WHO recommends that every country develop a national strategy for suicide prevention that includes provisions for early diagnosis and treatment of persons suffering from mental illness. Six specific strategies were recommended to address the global shortfall in mental health and addictions services. Psychache, or a mindset of unbearable emotional pain was determined to be a necessary condition for suicide to happen. Constriction of thought often accompanies psychache. The Strain Theory of Suicide was used to explain how psychache is preceded by specific types of psychological stressors. These stressors actually pull a person in conflicting directions that contribute to their hopeless despair. The lived experience of a suicidal person was examined in order to gain a clearer appreciation of the degree of their psychological pain. The following three specific ways were proposed to help the suicidal person to move past a death focused mindset. Attempting to understand their psychological pain fosters connection through empathy. Challenging their constricted thought patterns may help them to choose a coping mechanism other than death, and so will assist them to change the ending of their story from death to life. As an aspect of a psychological autopsy, the contents of a suicide note was examined and two key premises surfaced. The suicide note left clues to the person’s experience of psychache. It also revealed their plea for understanding. In short, fostering resiliency was proposed as another way to help prevent suicide.