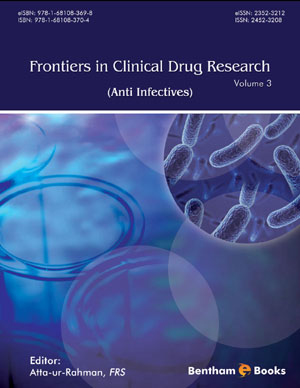 Anti-HIV Agents: The Way Forward for the Complete Eradication of the Virus

With effective antiretroviral treatment available for patients, acquired immunodeficiency syndrome (AIDS) is currently considered as a chronic disease. The life expectancy for HIV/AIDS patients on combined antiretroviral treatment (cART) is close to hundred percent with less pain. Such achievement was a dream for scientists and patients during the past twenty five years. The subsequent stage is the complete eradication of the human immunodeficiency virus (HIV) and a cure for AIDS. However, due to the HIV strategic ability of being able to hide in silence as a “provirus” inside its target cells for years, its high rate of mutations and its ability to change its outer envelope with the advantage of staying one step ahead of the immune responses, scientists used to believe that it is almost impossible to eradicate HIV from the human body. The hope for a “sterilizing cure” so that all traces of HIV are eliminated from the body, and/or a “functional cure” so that HIV is controlled by the function of the immune system, is not a dream anymore. Recently, with the discovery of cancer drugs, such as vorinostat, scientists believe that a cure for AIDS is possible with the complete eradication of HIV from the human body. With the advanced knowledge about HIV and the immune responses to it, hopes and optimism for an HIV/AIDS-cure is a hot topic now and we can dream that soon we will be living in an HIV/AIDS free world. There are currently more than 25 anti-HIV drugs used for the treatment of HIV/AIDS patients. This chapter briefly describes our knowledge of the anti-HIV agents currently available and the future plans for designing more effective agents against HIV in its state as a hidden provirus and as a released virus. The chapter will also discuss the way forward for the complete eradication of HIV.