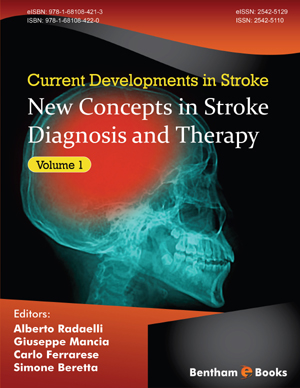 The pathogenesis of ischemic stroke remains unknown but a better knowledge of its pathogenetic mechanism may help us in identifying more effective therapies to reduce the the disease burden. Family and twin studies support the role of genetic factors in stroke pathophysiology. A number of monogenic conditions presenting with stroke have been described. They account for only a small proportion of strokes, but it is believed they are underestimated and the study of these diseases may provide insight in the pathogenic pathways of stroke, given also the existence of animal models in which examine disease mechanisms. However, in most cases, stroke is believed to be a multifactorial disorder. A number of genetic association studies using the candidate gene approach have failed in demonstrating reliable associations between stroke and genetic variants. Although several molecular variants resulted from GWAS strongly associated with ischemic stroke risk, they account for only a small part of the risk of ischemic stroke. Moreover, the pathogenic significance of many of these genetic variants has yet to be determined by functional studies so that the significance of these findings in clinical practice has been limited. Interestingly, the studies conducted so far demonstrated that the majority of the identified genetic variants found were associated with specific stroke subtypes, supporting the hypothesis that distinct genetic architecture and pathophysiological mechanisms underlie specific stroke subtypes.